Detroit District of the U.S. Army Corps of Engineers

Provide all work, materials, equipment, labor, supervision, management, and administration to restore the bank of the Clinton River at the Shelby Picnic Site and at the Shelby Frisbee Site in Shelby Township, Macomb County, Michigan. 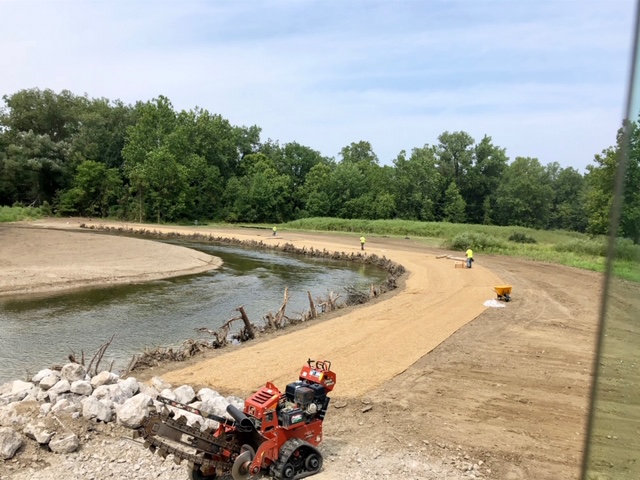 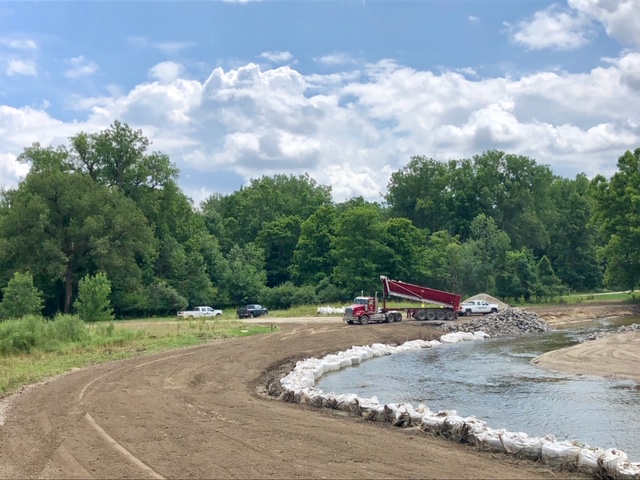 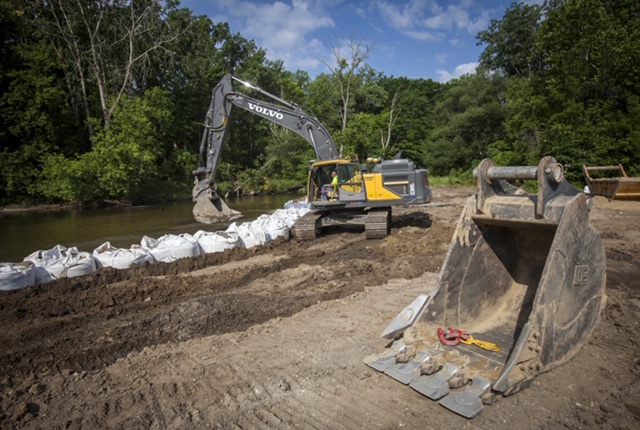 “U.S. EPA, in partnership with the U.S. Army Corps of Engineers and Shelby Township, has completed a major habitat restoration project along the Clinton River at Riverbends Park in Shelby Township, Michigan. The $1.1 million project, managed by the U.S Army Corps of Engineers Detroit District on behalf of EPA and funded by the Great Lakes Restoration Initiative, has restored and improved habitat on the Clinton River in an area that was experiencing significant erosion and sedimentation.

The restoration work stabilized 700 feet of the River’s banks and then created greatly improved habitat on the stabilized banks. The project also created a backwater refuge habitat for fish and other aquatic wildlife. The project was constructed adjacent to another upstream site in Riverbends Park that is also experiencing erosion.

Major construction on this next portion of the project is expected to be completed in November 2018. Riverbends Park is located within the Clinton River Area of Concern (AOC). The restoration of this site is a significant step toward the restoration, and ultimate delisting of the AOC.”

As a part of the Clinton River Project design in Shelby Township for the U.S. Army Corps of Engineers (USACE) Detroit District, we required 133 root wads and another 27 logs. Log diameters for the project range from 12 inches to 24 inches with log lengths ranging from 10 feet to 30 feet.

When we realized that the Adient site would only provide a fraction of what would be required for the entire Clinton River project, we set out to find other upcoming developments that had yet to be cleared of their trees. We made contact with a developer in St. Clair County who we heard was planning to start a project in the hopes they had not yet begun clearing operations. We were in luck, and the root wad harvesting project was born.

This was RBV’s first time working with E.C. Korneffel

We harvested 143 root wads for the project

“Given what I know today about the contractor’s ability to perform in accordance with this contract or order’s most significant requirements, I would recommend them for similar requirements in the future.”

Looking for a quote on your next project? Ready to get digging? Fill out this brief form and the RBV team will get back to you within 48 hours.