This past year our crew had the opportunity to work on Little Ceasar’s Arena. The arena which is now “home” to Detroit’s NHL (National Hockey League) and NBA (National Basketball Association) teams, cost $862.9 million to construct and opened on Sept. 5, 2017. Little Ceasar’s Arena can respectively hold 20,000 hockey spectators and 21,000 basketball spectators, in addition to the world’s largest center-hung scoreboard that measures 5,100 square feet.

Our involvement with the state-of-the-art sports and entertainment center, Little Caesar’s Arena, was broken down into two contracts:

The first contract RBV Contracting executed was valued at approximately $400,000 and completed in February 2017 for CIMCO Refrigeration. In the first contract, we performed excavation and subbase installation services at the Arena, as well as final grading to National Hockey League (NHL) specifications, prior to concrete placement for the Arena’s ice surfaces. Our crew also completed all excavation and backfill services for Little Caesar’s Arena’s underground mechanical systems for both practice and main rinks.

The second contract we executed at Little Caesar’s Arena was valued at over $1.2 million and completed by September 2017 for Barton Malow-Hunt-White. Our crew served as a prime contractor for the Arena’s outdoor landscaping, which includes installing large diameter trees, planting beds, and irrigation system installation. 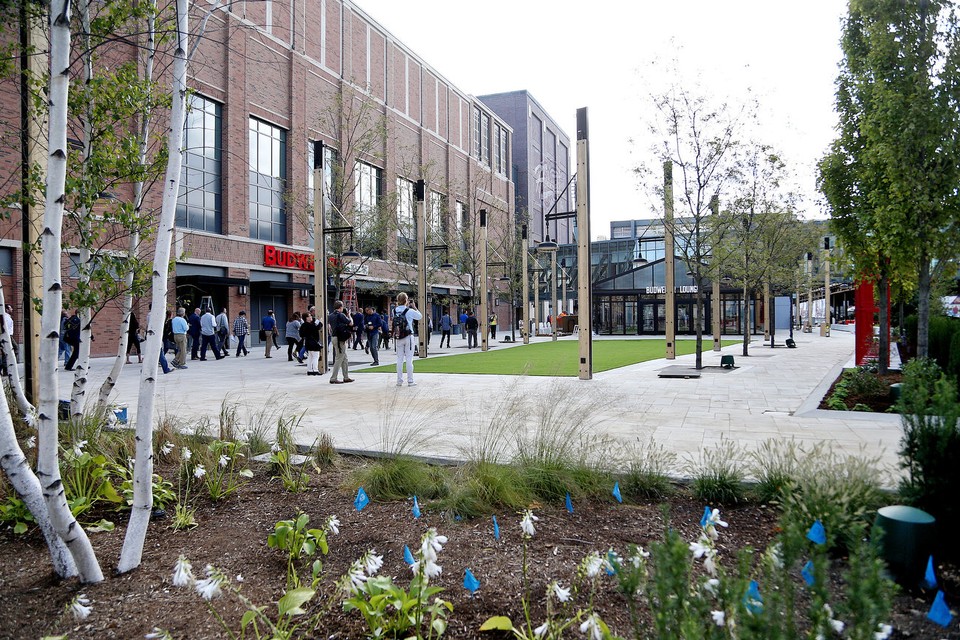 RBV Contracting has made its mark on both the interior and exterior of the revolutionary multi-purpose arena, and we are thrilled to have contributed to this historic project. Here’s to many successful seasons for the Detroit Red Wings and Detroit Pistons in Little Ceasar’s Arena.

We are proud of all the organizations we work with in our community, read more about them here.